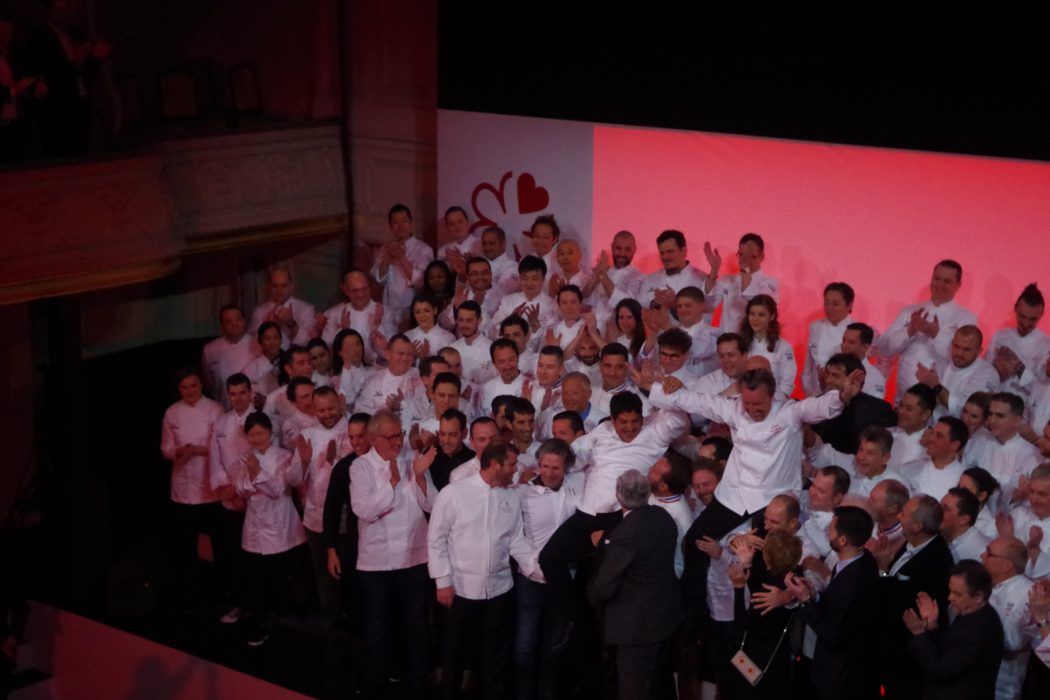 Last night I had the immense pleasure to have taken part in the 2019 Michelin Guide Star chef ceremony here in Paris. I was in total awe to be in a room full of most of the top chefs worldwide! On top of that at a beautiful yet intimate backdrop of Salle Gaveau.

You can only imagine the level of shoulder rubbing, laughs, hugs and genuine appreciation for French cuisine. Heaven on earth!

Here I wanted to show you some of the photos with you so you can feel a bit of the night no matter where in the world you may be. It’s a rare occasion to be invited and I am defiently honored to share it with you.

There are a few moments that particulary stood out to me:

The new director was Gwendal Poullennec and had a strong to nurture young chefs, women chefs and durable cuisine. Bravo to him for bringing some vitality to the Michelin Star. There were 63 new 1 star chefs many of them women

There was a strong appreiation (and amazing video) of the role, passion and professionalism of the inspectors that make up the guides worldwide!

There were awards also given to non chefs, two that stood out was for

There was a focus on best durable “eco freindly” restaurant and that was (to be updated!

The Chefs that won 1 star

All Chefs that won including the 68 new 1 star.

The chefs that won 2 stars

The chefs that won 3 stars

You can see more (almost all the night) on my instagram in the instastories or in highlights depending on when you are reading this.

Who’s interested in trying one of the michelin stared chefs or resto?

SOME more moments from my phone photo:

We recently had a girls night out in the trendy paris hood of So-Pi (South Pigalle) in the 9th arrondissement. It’s certainly not hard…