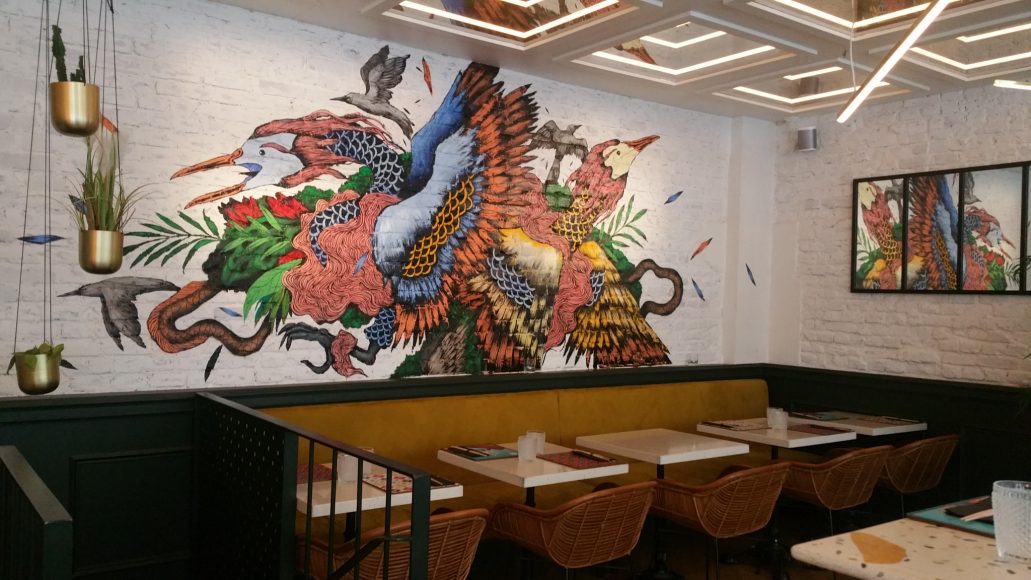 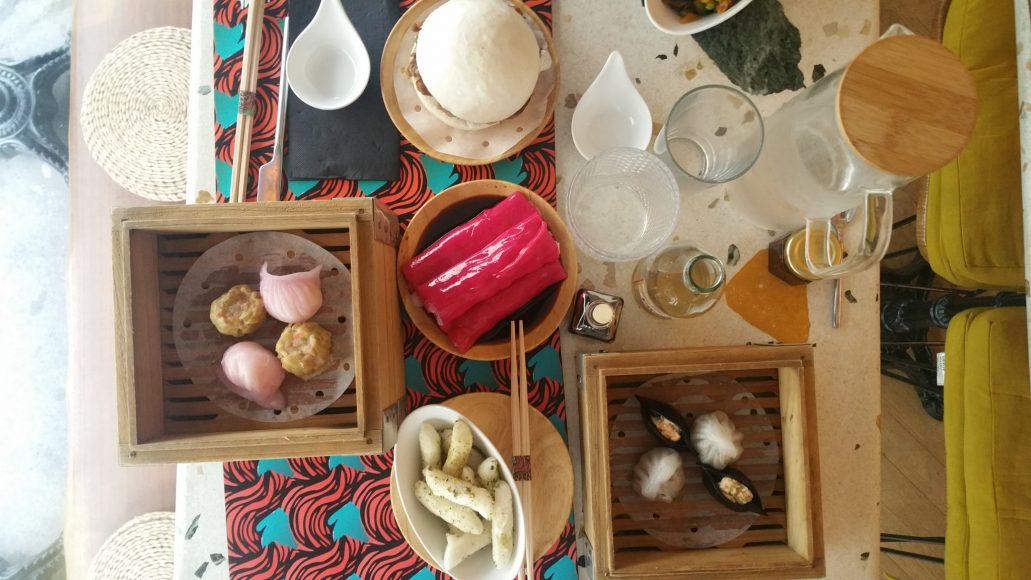 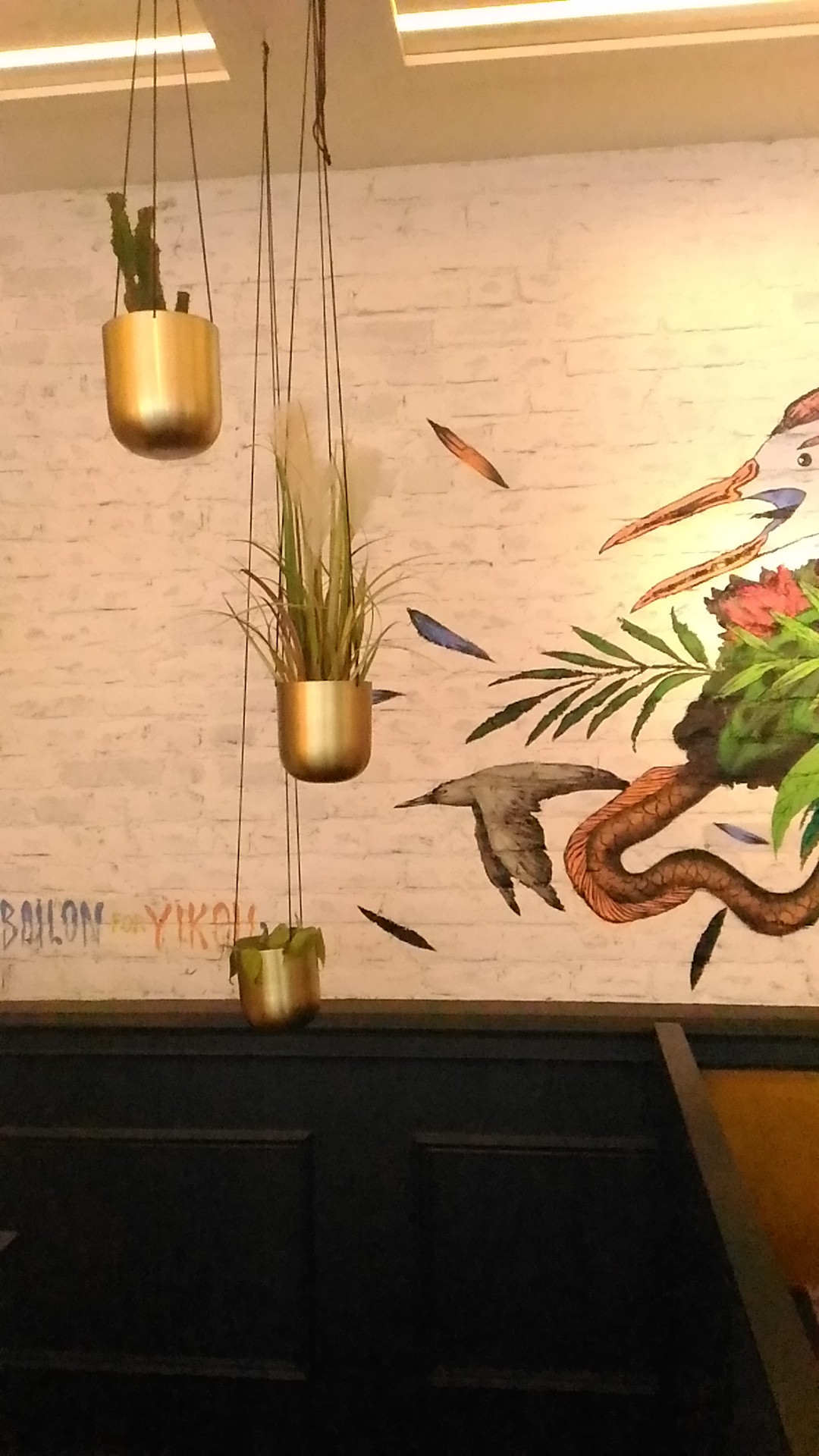 49 Rue de l’Aqueduc, 75010 Paris
A while back we lunched on Rue laquiduc at Yikou one of Paris new foodie restaurants that takes you on a taste voyage of the senses to China with a fresh infusion of French flavors.
Welcomed by a young and energetic team – that also speaks English – we sat down at one of the window seats with high stools by the window with lots of light coming in (I was trying to get the best position for enough light for my insta-stories  – but the restaurant has a mixture of high stools and low stools, chairs and long tables all in a colorful quickly mix of as many colors as this dragon on the wall. A space full of life so no wonder the dishes where full of flavor.
Yukon had my son and I leaving there full – full from the large portions but also full of feel good vibes from the low hip-hop playing in the background mixed in with the chit chatter of Frenchies and to top it all off the best mango dessert I’ve tried this year!
So let’s get into it: 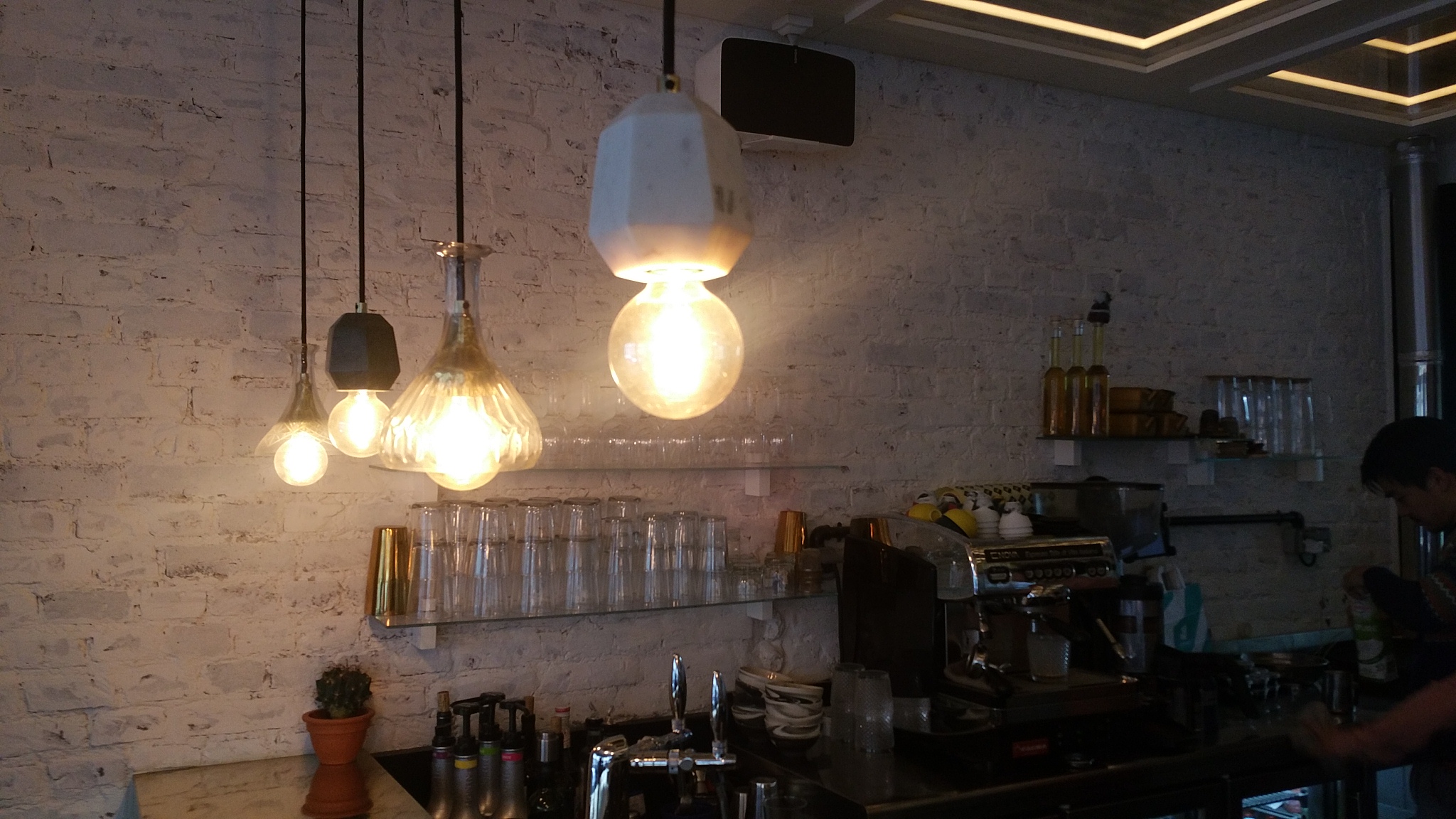 To start we ordered a ginger beer (for the kid) and french beer (for the big kid) from the drinks menu.
Picture of drinks coming soon! 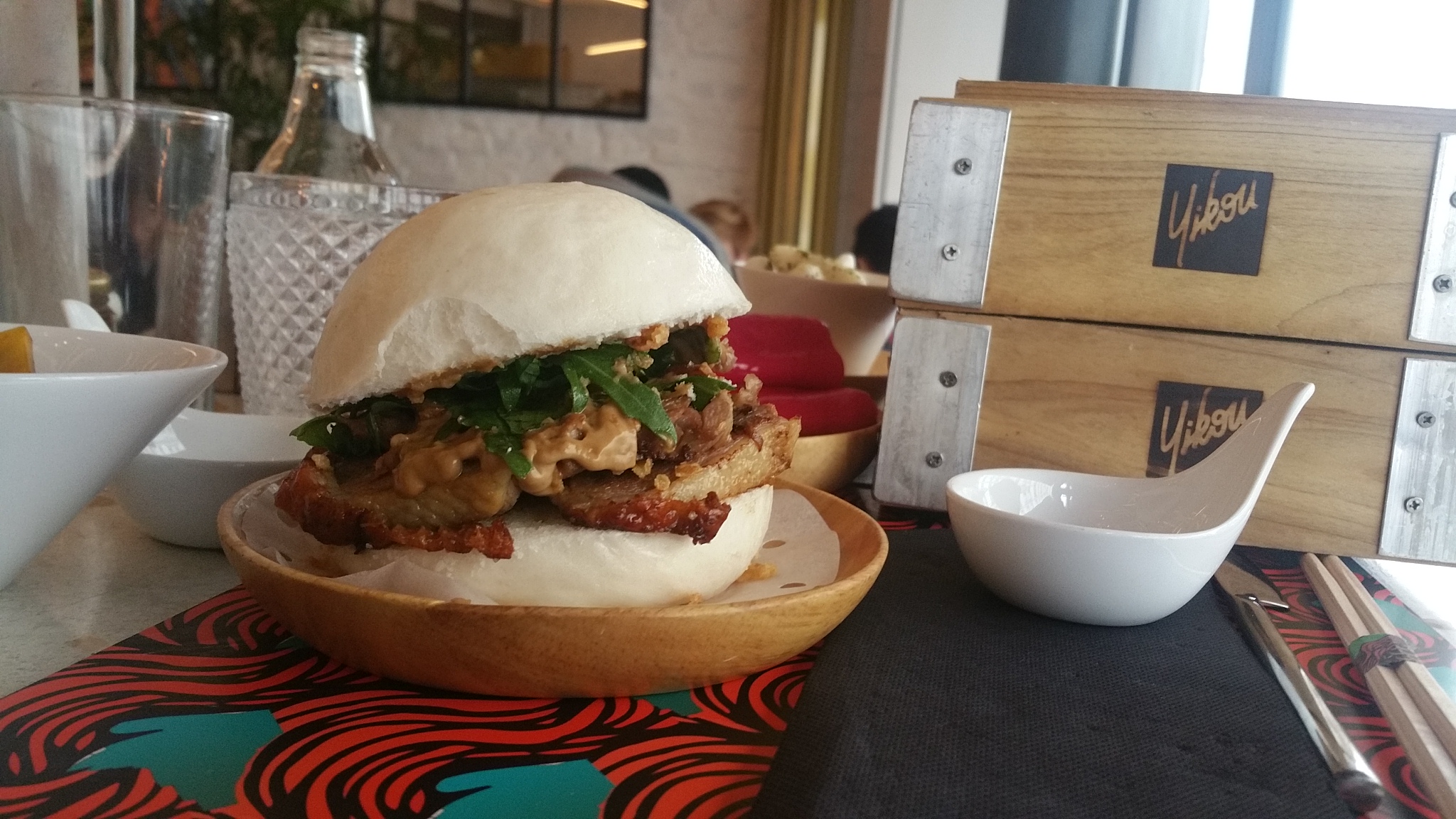 Menu is composed of a tapas like experience where you can have a taste of many plates. Which we loved as we’re all about eating off each other’s plates.
We had
Menu Legendaire :
1 Chasu Forestier
2 Provencial
2 Sacre Kao
2 Hei Charlie
2 Jackie Tsai
3 Chang Maraicher
25 euros
Plus a side of
?Chen Fries 4 euros
Dentelle Tairai 6.50 euros
GO WITH AN EMPTY STOMACH!!
?lots of vegetarian and even gluten-free options too :
DRINKS:
sabetz que leu 7,0
5.50euros
pear?cider from sassy
7 euros
They also had nikka whiskey from the barrel
bubble teas 7 euros
cocktails are coming for the summer!
And they promise to be open sundays from April
Yikou dim sum Paris
Open:
Map it:
Yikou

There’s a new coffee shop up on the hill of Abbesses in Paris – just a stones through from the metro too, and the…